The “21 Grams” Experiment Claiming That The Soul Has Weight

MacDougall, who thought that the soul must have a mass, therefore believed that the soul could have a weight that could be weighed. In order to prove this, he measured how much weight the patients lost by weighing the dying patients on a sensitive scale before, at the time of death, and quickly after death.

His result was 21 grams! This experiment, which took a valuable place in the recognized culture, was not accepted in the scientific world due to many inconsistencies.

MacDougall selected six dying patients from a nursing home for his extraordinary experiment. 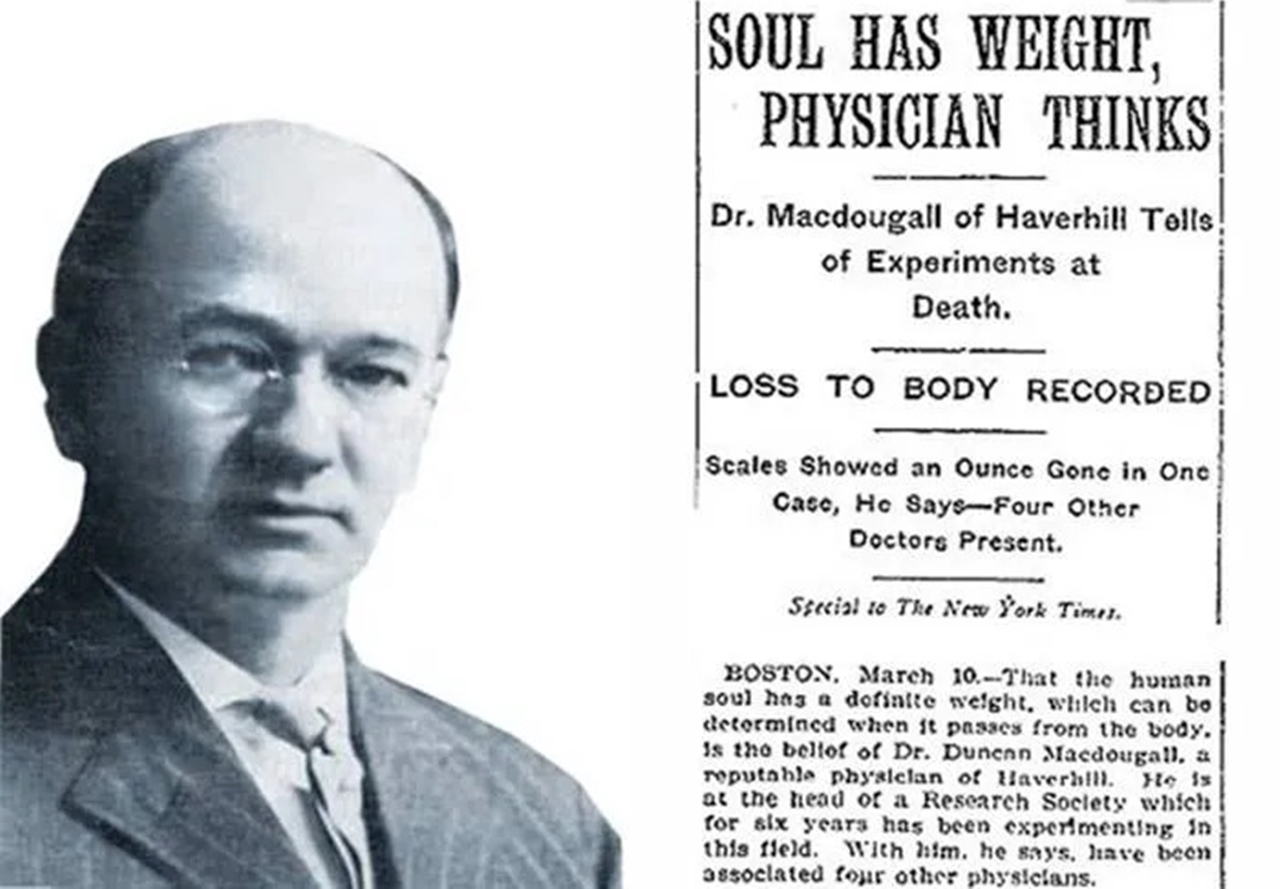 Four of these patients suffered from tuberculosis, one had diabetes, and another had an unspecified illness. Not having much time, he weighed the first patient by placing him on his sensitive balance. He added losses such as sweat, urine and oxygen to his calculation and switched to waiting.

After waiting for about four hours with pulse measurements, the patient breathed his last.

When he measured the patient’s body, he saw that the weight loss was 21 grams. After this patient, he measured other patients in the same way, the loss in the middle was again 21 grams. He noticed that there was a loss of 21.3 grams in only one patient at the time of death, but he misunderstood this result, believing that he might not have adjusted the scales properly.

He tried a similar method this time with 15 dogs.

He found that unlike humans, dogs do not lose a valuable load. He attributed this to the idea that dogs may not have souls. This interesting experiment was published in the journal American Medicine in April 1907.

The experiment managed to gain media attention in a form that wasn’t surprising, but was not taken seriously in the scientific community.

According to the respected medical journal Lancet; The physician and his assistants had taken the findings in the direction they wanted. MacDougall remained silent for 4 years after this article was published.

In 1911, he took the stage this time with an even crazier idea: He was going to photograph the moment the soul left the body!

Although he made some attempts with the intention that he could achieve this, it is usual that he failed. Nine years after this thesis, he died of liver cancer at the age of 42. While waiting for his death, he examined his own body closely and described it as “the most interesting death he has ever seen”.

This unscientific experiment nonetheless took a valuable place in the recognized culture.

A cinema was named “21 Grams” because of the popularity of the thesis that the soul is a burden, although it does not tell about this event. There are still many people today who think that the soul really is 21 grams.

10 foods that improve the mood

Why Are New Generations Getting Taller?

Why Do Older People Have Big Ears and Noses?

A Wisdom That Predicts When The Heart Will ‘Stop’